Dr. Pass grew up in Salem, and graduated from South Salem High in 1990. He completed his undergraduate degree at Bob Jones University, and then received his medical degree from OHSU in 1999. With a plan to pursue a career as an interventional radiologist, he completed a surgical internship at OHSU in 2000. 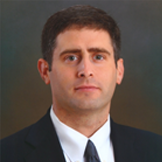